Having built your website, unless you’ve used one of the popular online website builders like wix which includes hosting, you now need to get it hosted. Before you do this you’ll need to know how to choose the best website hosting for your needs.

There are a number of ways hosting your website:

Lets take these one by one and look at the pros and cons of each.

This is the cheapest and simplest option. Here you purchase a hosting service from a hosting company such as Bluehost that will typically start at a few dollars per month. It will be very straightforward to setup and use as it is aimed at entry-level users. You will often be offered a hosting service like this when you buy a domain name.

The advantages are it’s very cheap and it’s relatively easy to setup and manage. The disadvantages are it can be slow because the physical machine your site is hosted on will be shared with many other users, and you don’t have total control over the server because it’s not just you that’s using it. Some low-cost services will put their own adverts on your site but you can usually remove these by paying slightly more.

There isn’t a huge amount to choose between the different providers as tough competition means everybody offers much the same service for much the same price. Each of them will have their die hard fans and their haters. All of them will go down from time to time because that’s the nature of shared hosting. In reality I don’t think there’s much to choose between them.

This is where you buy, or more typically rent, a dedicated server of your own in a purpose-built data center.

They are relatively expensive — expect to pay at least £250 a month for a dedicated server, if not considerably more. You have total control over the server as it’s yours, but with this comes the added responsibility and difficulty of managing your own server. This is not a trivial task! You will need to develop considerable technical skills, or hire them in, or purchase a managed service where it’s all done for you. However you should end up with blazingly fast hosting that you are in complete control of.

Unless you have a very big site you will be able to host far more than one site on a dedicated server. It all depends upon how much traffic there is and how demanding the applications are but I would typically be able to host 30-40 smallish sites on one server without any noticeable decrease in performance. With that many sites, the per-site hosting costs become very reasonable.

This is a VPS really but it tends to be much more upscale. Typically with a Cloud Server you can reconfigure the server whilst it’s running — adding more RAM and storage as required and even adding more servers which can balance the load between them. Cloud servers can be commissioned in minutes, unlike a dedicated server which requires physical installation. Because servers are so flexible and quick to commission, you can scale up or down very quickly depending upon your needs. If everything’s getting a bit slow, just pop up another server! You will usually pay by the hour for the resources you are actually using (you can turn the them on and off at will), typically around $.04 per hour for each server.

Like for like, this works out cheaper than an equivalent dedicated server but is much more flexible. With a dedicated server, the hardware you bought is the hardware you have. With a Cloud server you dial-in the configuration and setup you want and it’s ready in minutes. Also your dedicated server, being an actual machine can break down and need to be repaired. With a Cloud server the virtual server is split over several different machines and in the event of a hardware failure will simply fail-over to another machine.

Although they are only virtual servers, they still require exactly the same skills to setup and manage as a dedicated physical server. Or you can go for a managed service with everything done for you which starts at around £65 per month on top of the server costs.

Conclusion – which is the best website hosting for you?

I’ve used all four of these, and each of them has a place depending upon your particular application. For low-cost and ease of use, shared hosting is a good place to start. And you can always move later. Bluehost is one of my favorites

Once your website starts to become essential to your business and your traffic increases then you will need to look at a better solution. You won’t be able to tolerate the slow performance and the outages. Here you have a choice of dedicated or Cloud server. Nothing will offer the same performance as your own dedicated piece of tin unless you start to get into the incredibly sophisticated infrastructures you can create in the Cloud. So if you want ultimate performance and control, a dedicated server is probably the way to go. They are hard to manage but the skills can be learned (I managed it), or outsourced. However, you will usually be stuck with the hardware you purchased, in the configuration you chose, for a year or more. Flexible it isn’t.

Because of the enormous flexibility and the relatively lower cost, I would now choose a Cloud server for most applications. I started using Cloud Servers about 5 years ago when they were very much in their infancy and I had a lot of problems and gave up with them for a while. Nowadays however they are an entirely different kettle of fish. I get the same performance as my dedicated servers for around half the monthly cost. I can commission a new server in minutes and switch it off an hour later if I no longer need it. I only pay for what I’m using but I have almost unlimited resources at my fingertips. I am now transitioning all of my sites to Cloud servers and will decommission my dedicated servers as soon as I can.

If you want an all in one tool, I’d recommend you go for Clickfunnels, one of the most complete all-in-one suites, you can design funnels, websites and much more (host it all with clickfunnels!), I hooked you up with a FREE 14-Day Trial! 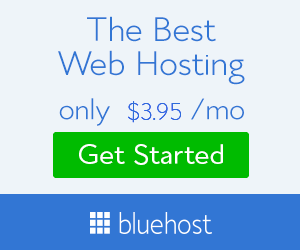